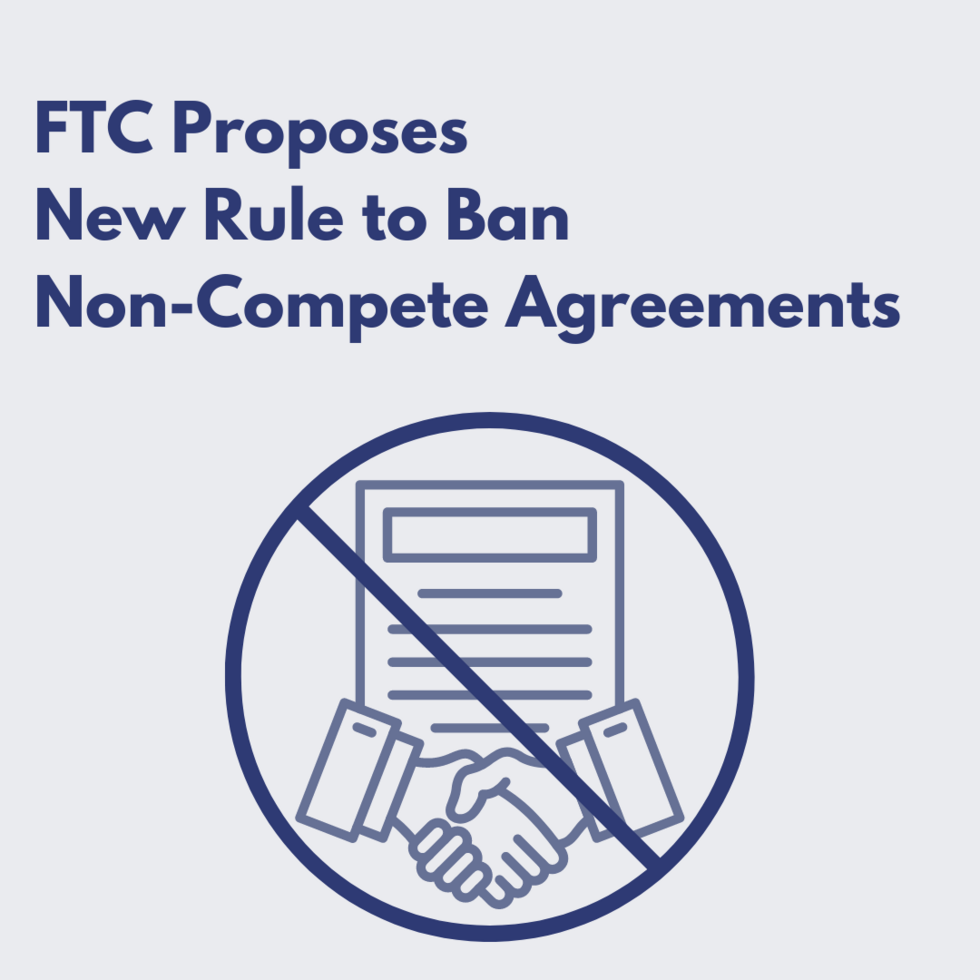 On January 5, 2023, the United States Federal Trade Commission (the FTC) issued a proposed new Rule to ban noncompete clauses across the country. The press release announcing the proposal states that the FTC has based their proposed Rule on a "preliminary finding that non-compete constitute an unfair method of competition and therefore violate Section 5 of the Federal Trade Commission Act." Find that release here. https://www.ftc.gov/news-events/news/press-releases/2023/01/ftc-proposes-rule-ban-noncompete-clauses-which-hurt-workers-harm-competition

The FTC's release announcing the proposed new Rule is 216 pages long, with the text of the proposed Rule starting on page 211. You can find the release and Rule language here: https://www.ftc.gov/system/files/ftc_gov/pdf/p201000noncompetenprm.pdf

The new Rule, according to the FTC, would make it illegal for an employer to enter, or attempt to enter, a noncompete with a worker, maintain a noncompete, or represent a worker that is bound by a noncompete provision. The proposed new Rule would apply across the board to employees and contractors, including those who work with or without pay. It would also require employers to rescind any existing noncompete provision and take steps to inform workers that the noncompete is no longer valid.

The definitions section of the proposed Rule provides a "functional test for whether a contractual term is a non-compete clause" and asserts that a contractual term is a de facto non-compete clause if it effectively prohibits the worker from seeking or accepting employment elsewhere. This includes situations where a non-disclosure agreement (not an outright non-compete provision) is so broad that it effectively prevents the worker from being able to take another job in the same field and, in some cases, even requires the worker to reimburse the employer, or a 3rd party, for training costs that "are not reasonably related to the costs the employer incurred for training the worker" if the worker leaves the employer before a specified duration of time.

There is an exception to the noncompete ban, and that involves a situation where a business is sold from one person (or entity) to another. In that situation, the seller can be restricted via a valid non-compete when the seller has sold all of his or her ownership interest in the business or its operating assets, or the seller was the owner of a business entity being sold.

The proposed new Rule would supersede any state law, regulation, or other Rule to the extent it is inconsistent with the new Rule.  Up until now, the regulation of noncompete provisions has primarily been a function of state law, with many states allowing noncompete provisions in some form or fashion. Three states (California, North Dakota, and Oklahoma) have adopted laws making non-compete clauses invalid for most workers. In the other 47 states, the majority of them have limited the provisions to apply to workers who fall within certain categories or may work in certain fields, and some may also impose other requirements and provisions on employers. In Georgia, our restrictive covenants act does allow certain employees to be subject to a non-compete provision, and if done correctly, that contractual term can be enforced in Georgia courts.

When will this Rule come into effect?

Right now, the FTC is receiving comments on the proposed Rule through March 10, 2023. After the expiration of the comment period, the FTC will review and consider the comments and determine whether to move forward with the proposal, make modifications, or decline to proceed. If the FTC adopts the proposed new Rule, it will become effective 180 days following the publication of the adoption of the Rule in the Federal Register.

Will the Rule be challenged in court?

Our crystal ball is no better than yours, but we do have some realistic expectations about what may happen next. We can expect that the FTC will likely move forward with the proposal or something similar to it. We can also expect that some number of trade associations, employers, or other parties will also sue the FTC over the Rule and seek to have it vacated by the courts or otherwise modified. Politicians will pontificate, but with a divided Congress, it is likely they won't step in and override anything done by the FTC. Finally, we can expect that such litigation is going to take a while, and we'll have to see what happens. At this point, no one can state with certainty what's going to happen with this proposed Rule or when and how it may ultimately be implemented, if it is implemented.

With this proposal out there, what should wise business owners be doing right now?

If you'd like to get a consultation about what this means for you and your business, we welcome you to give us a call at (678) 344-5342 or contact us through our website www.thebeckfirm.com.

Joel Beck founded The Beck Law Firm, LLC in 2007. His firm focused on business law and estate planning needs of clients, two areas that he was drawn to based upon personal and business experiences in his life, including a ten-year career at NASD (now known as FINRA).

Thank you for contacting us. We will get back to you shortly.

Please complete all required fields below.